The online- and mobile-based concussion protocol provides new translation for the pre-season “neuro-cognitive” test, opening new markets in US, World 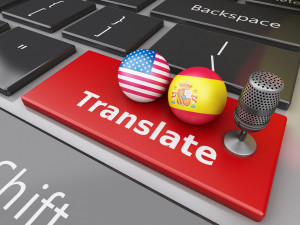 (Newswire.net — November 15, 2016) National Harbor, MD — Recognizing the massive Spanish-speaking populations in the United States and around the world, XLNTbrain Sport™ has translated its neuro-cognitive baseline test, which is typically given pre-season to establish benchmarks for the athletes’ decision-making abilities, memory recall, emotional recognition, and balance.

According to the co-Founder of XLNTbrain Sport™ and neurologist Harry Kerasidis, MD, the baseline test is becoming a standard in the athletic training sports world because it can be retaken after a suspected concussion, and compared against the scores during the pre-season tests.

“Now the baseline test is available in Spanish so it opens opportunity for us throughout the world,” said Dr. Kerasidis. “By giving this Spanish version, athletic trainers can attain important data for medical personnel to review and make informed decisions about an athlete’s future.”

“In states like California, New Mexico and Texas, sports programs will appreciate having the option of giving the pre-season baseline test in Spanish,” said Dr. Kerasidis, who pointed out the new California legislation mandating youth sports leagues have a mechanism in place to protect the athletes from concussions. “It’s the main building block for today’s standard concussion protocol.”

The Spanish translation opens doors for the world’s most popular sport of soccer to use XLNTbrain’s baseline test. In the US, the primary motivation to use XLNTbrain comes from the American version of football. Regardless of the sport, the subscription-based sports concussion management system currently serves thousands of youth sports, student- and professional athletes, teams and athletic organizations.

For more information on the XLNTbrain Complete Concussion Management program, register for a free information session.