Building on the NCAA Division I precedent, the new proposal for Division II sports would empower Athletic Trainers and Team Physicians 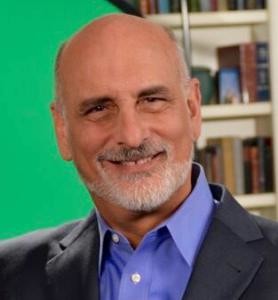 NATIONAL HARBOR, MD, UNITED STATES, January 20, 2017 /EINPresswire.com/ — As the NCAA annual convention continues today in Nashville, discussion over proposed legislation requiring Division II members to give “unchallengeable authority on medical management and return-to-play decisions” to team physicians and athletic trainers will soon come to a vote. Division III will also vote on adopting such a policy.

According to neurologist Dr. Harry Kerasidis, the return-to-play decision should be in the most qualified hands possible due to the numerous, and possibly, fatal injuries that can occur to an athlete performing with a traumatic brain injury.

“Unfortunately, the competitive culture that breeds toughness in athletes can get in the way when coaches, athletes and parents make the decisions,” said Dr. Kerasidis, who authored Concussion-ology: Redefining Sports Concussion Management For All Levels last year. “Now the NCAA is sending a message to athletic organizations around the world, that concussions circumvent the competitive culture, and the decision should be in the right hands.”

The proposal comes after the NCAA Sport Science Institute published white paper that encouraged the members to heed the advice from the Journal of Athletic Trainers.

“Independent medical care is important, because in recent years, the public has grown more aware of, and more concerned with, conflicts of interest in the medical decisions made for student-athletes,” the NCAA Sport Science Institute stated. “Conflict arises when influence is exerted by non-medical professionals on the medical decisions of primary athletics health care providers.”

When athletic trainers and team (or individual) physicians are empowered and working together, the best interest for the individual will be the primary concern, said Dr. Kerasidis.

“Nobody wants to slow down the game, but when you look at the potentially life-and-death decisions being made, the game will evolve and learn how to protect its athletes,” Dr. Kerasidis said.

One way is through advanced technology that provides concussion education, testing, detection and recovery protocols with symptom-monitoring via mobile and internet, such as XLNTbrain Sport™, which Dr. Kerasidis helped create.

“The tools have evolved to the point where we know which individual is at greater risk, based on their pre-season testing, how many hits they’ve taken and at what velocity,” said Dr. Kerasidis. “Upon a concussion, the system automatically creates a personalized recovery protocol for both return-to-play and return-to-learn activities. It’s amazing and quite affordable.”

More information is available at XLNTbrain.com, or by contacting (855) 333-9568 or send an email to [email protected]