Mitigating the dangers of concussions

Until recently, coaches felt the most pressure to be responsible for the athlete’s condition. The responsibility should be assumed by everyone involved, despite a conflict of interest among all parties wrestling with the strong desire to play versus remaining on the bench. 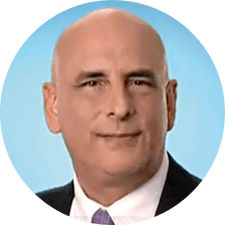 The biggest concern I have about concussions is the conflict of interest virtually everybody has with wanting the athlete to play as soon as possible instead allowing enough time and healing to occur.

Begins with the player who is aware of the concussion risks, respects sportsmanlike conduct and follows concussion management protocol to return to practice and gameplay safely.

Parents must prioritize the athlete’s health and well-being higher than the outcome of Friday’s game. Parents need to know the symptoms because the athlete probably won’t come home and tell them how they’re feeling or about being hit.

Coaches need to support the culture change within the organization that embraces concussion awareness and management, and be able to recognize signs and symptoms. Typically, coaches will be the first ones to see the hit, and resulting effects.

The medical community needs appropriate concussion awareness and training of concussion management methods to play an informed role in the health of the athlete.

Academic performance can be an indicator of a concussed student-athlete. Teachers, counselors and other academic administrators need to know the signs and symptoms and understand the concussion may be impairing the student.

From the NFL, NHL and NCAA, league officials and conference directors need to institute concussion management programming at the highest level, to protect the athletes’ future, and themselves from future legal tangles.

A coach or athlete can decide if they can return to game play based on how hard the hit or how the athlete feels.

It’s impossible to self-diagnose a concussion because judgment can be impaired whether or not they want to go back in the game. Although the severity of the hit can be a factor, other factors may induce concussions with less violent hits to the head.

We need to continue to update game rules and enchance equipment

Today’s equipment have increased the “risk compensation” among athletes in contact sports. With shoulder pads and helmets, athletes are virtually weaponized and capable of causing significant injury. We need to:

But equipment, particularly the helmet, will never prevent concussions.

Implementing a Concussion Management Program, such as XLNTbrain, helps safely guide athletes back to gameplay

Every team needs to have a “concussion coordinator” responsible for carrying out a complete, “end-to-end,” protocol throughout the season or school year.

Although it’s a huge step forward for concussion awareness, most states’ concussion legislation do not give specifics on how to comply with the law, concussion prevention, detection and concussion management. Also, the education is required, but the state laws loosely monitor and enforce how the education is delivered. Unfortunately, most individuals just need to sign a document — whether or not they’ve received the training.

Additionally, much of the burden is placed on the coaches to comply, and all-involved parties need to be educated.

XLNTbrain offers a complete feature set when compared to other solutions.