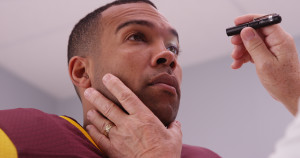 In honor of March being National Athletic Trainers Month, I surveyed select LinkedIn followers representing the experts — athletic trainers, entrepreneurs, doctors and other medical professionals — asking them to shed light on where the sports concussion industry is going. But first, here’s a little look back to see where we’ve been.

Concussions have been around as long as man. The ancient Greeks were believed to be among the first to mention concussions in The Hippocratic Corpus, collection of medical works in the 5th century BC. Yet, still today the brain is the most important and least understood organ in the body.

In 1933, the NCAA started to address concussions in a medical handbook distributed to all member schools. The protocol gave a simple and sound warning that “concussions are treated too lightly,” and recommended that “concussed players receive rest and constant supervision, and not be allowed to play or practice until symptoms have been gone for 48 hours.” For symptoms lasting longer than 48 hours, it recommends players “not be permitted to compete for 21 days or longer, if at all.”

In 1997, the American Academy of Neurology published its own concussion guidelines. One highlight recommended removing players knocked unconscious from a game. According to this timeline, “The NFL later rejects the guidelines, with one of its consultants saying, ‘We see people all the time that get knocked out briefly and have no symptoms.’ “

Still, “concussion” remained an unwelcome word on the playing fields and surfaces around the world until, perhaps, hockey Hall of Famer Eric Lindros. In 1998-2000, he was arguably the best hockey player in the world, but his career was hampered after suffering at least six concussions. Although he retired early, he became a lightning rod for awareness of the mild traumatic brain injury (TBI) that is so prevalent in sports.

Since then, several notable football greats have committed suicide leaving their brain for research, arguably due to concussions. In 2002, Dr. Bennett Omalu discovered a possible common denominator among deceased football players’ brains — a disease marked by repeated hits to the head called chronic traumatic encephalopathy (CTE). The NFL concussion-related lawsuits and movie “Concussion” ensued, giving greater weight to the dangerous repercussions of the brain injury.

In Concussion-ology, published a year ago, I explained that despite all the awareness, published guidelines and heart-breaking stories, sports concussions is still an emerging industry around 25 years young. In my own neurology practice, I’ve treated thousands of concussions, and about seven years ago, I noticed most athletic trainers and medical personnel were using outdated methods and were often uninformed or worse, misinformed about how to handle concussions. So, I assembled all of the latest tools and guidelines into one online- and mobile-based program called XLNTbrain Sport™.

Today, the industry most sort through a deluge of gadgets, sensors, mobile apps and position statements from nearly every medical association to establish a concussion protocol. Therefore, the future will continue to include technological advances to enable athletic trainers to do their job.

The unsung heroes on the frontlines fighting the concussion battle daily are athletic trainers, typically certified by the National Athletic Trainers Association.

What do athletic trainers and other experts think is next?

Here’s the question I posed a few colleagues via LinkedIn earlier this month:

What is the most significant trend in sports concussion management that will impact the future of athletic training (or your practice), and why?

“I believe that the most significant trend in concussion management is the continued education of not only athletes and parents, but the continued education and training of those handling the management of symptoms and the return-to-play protocol of a post-concussion athletes. As research and understanding of mild traumatic brain injuries continues to improve we must continue evolving our treatment methods and return-to-play protocols. Each concussion for each athlete is different, and we must treat each injury with the highest level of expertise to protect the future of our athletes as well as our sport.”

“I’ve been effectively treating concussion cases for 14 years during which time I’ve witnessed various waves and trends…Currently, I feel we are entering a third wave in concussion trends: Treatment. As a practitioner, I notice that parents and athletes … simply want to feel better. There is a remarkable rise in concussion clinics throughout Canada and the US, with more practitioners … than ever before.”

“The most significant trend in sports concussion management is … to find and introduce a treatment(s) to help the concussed athlete obtain relief from concussion symptoms.

The survey says further concussion education, advances in technology, research for treatments and increase of concussion clinics are key trends that will affect the sports concussion management future. What do you think is next?