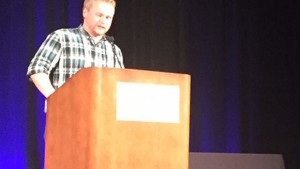 Using XLNTbrain Sport™, both athletes and researchers monitored symptoms, cognitive, behavioral and physical progress throughout the recovery. This allowed researchers to compare the individual’s symptoms with the brain-wave findings.

According to Dr. Kerasidis, Ims’ findings provide a look at the future of concussion management.

“By tracing concussions impact on the brain, we can spot potential trouble from a brain functionality perspective, and assist with detection and healing timelines,” said Dr. Kerasidis, author of Concussion-ology: Redefining Sports Concussion Management for All Levels, science director for XLNTbrain Sport, founder of Chesapeake Neurology Associates and Medical Director at Calvert Memorial Hospital in Maryland. “This will lead to better outcomes for student-athletes both on and off the field of play.”

According to Ims, next he plans to extend the study to include assessment of the effectiveness of using neurofeedback as the intervention in concussion recovery.

Ims said the sLORETA analyzes electrical patterns at the surface of the scalp which reflect cortical activity, or brain waves.