Four things to watch for in the Olympics’ rugby concussion protocol 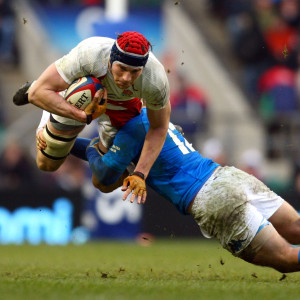 (PsychologyToday.com – July 24, 2016) For the first time since 1924 when USA won gold, Rugby will be played in the 2016 Summer Olympic Games in Rio de Janiero, beginning on Aug. 8 and bringing a new sport with inherent concussion risk, but also a healthy respect for the injury.

Although playing Rugby sevens, in which teams are made of seven players playing seven-minute halves, unlike 15 players playing 40-minute halves, the game is a high-contact sport, in which players wear limited padding. A 2014 study shows rugby may have the highest incidence rates of any other full-contact sport. Rugby is also the fastest growing sport in America, according to the Sports & Fitness Industry Association, with the number of rugby players in the United States doubled between 2008 and 2013, reaching almost 1.2 million.

Concussions and rugby have gone hand-in-hand since the World Rugby union formed in the early 1800s, and today the sport faces NFL-like concussion lawsuit problems as well.

Despite the risks, incidence rates and popularity, USA Rugby offers a good benchmark for comparing any concussion protocol.

Finally, new low-cost, high-tech tools like are still growing in popularity, and provides a missing link in most sports concussion protocols.

The missing link with all of the “best practices,” is a fully integrated, end-to-end tool that can be used with any sport—any level that is practical, and relies on the evidence-based guidelines. In other words, the guidelines need help with actual application in the currentenvironment. The term “fully-integrated” refers to one system that seamlessly integrates all the necessary components including education, baseline testing, balance testing, sideline assessment, tools, post-injury assessment, monitoring, and recovery guidance. And, “end-to-end” refers to the ability to apply this program from the pre-season preparation all the way through to returning the athlete to normal activity and gameplay. Of course, this data and technology could also follow the athlete throughout this career and lifetime.

To participate in an informational session about XLNTbrain, register online here. Or contact Dr. Harry Kerasidis at hkerasidis@xlntbrain.com.

To view the live article on Psychology Today, click here.