Explaining the neurological changes when force meets the brain. 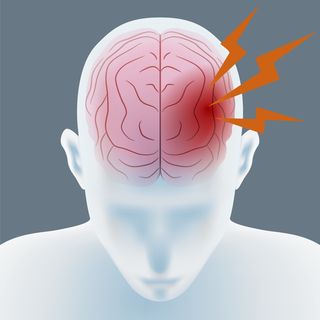 My personal experience dealing with symptoms from a concussion opened my eyes to the wonders contained within the brain. It’s an organ of mystery and intrigue. Yet, the brain is ideally practical. Many areas of science study its fascinating powers to regulate all our bodily functions and behaviors. When working properly, the brain is a force to be reckoned with, able to drive individuals to succeed in all areas of life—physically, mentally, emotionally, socially, and spiritually.

When outside force is applied to the supple, and most important organ in the body, problems can occur. Memory can be forgotten. Emotions can be triggered. Impulsive decisions can be unleashed. Headaches can invade. Motivation can fade. Disabilities may develop. Some injuries have the capacity to alter a person’s sense of self, while others affect abilities, such as speech or vision . . . and on the list goes.

The resulting “brain drain” is definitely another force to be reckoned with. It’s important, therefore, to emphasize that I don’t intend my term “brain drain” to be derogatory. Much like the term “brain sprain,” which I use as a more identifiable way to relate to the concussion injury, I hope “brain drain” is a simplified way to help with understanding the resulting after-effects, due to increased struggle with supplying the metabolic demand for healing.

To help understand the concussion injury in neurological terms, I’ve used my own experience as the example.

When I hurled head-first to tackle my friend, my head experienced the force of meeting oppositional inertia from my friend’s hip. This caused a focal, and possibly angular impact injury to my prefrontal cortex, temporal lobes, and possibly my cerebellum. This resulted in an immediate electrolyte imbalance, a releasing of toxic excitatory neurotransmitters, such as “glutamate,” and increased metabolic demand to assist with the cell recovery.

While these processes were occurring, I appeared dazed. Within a few minutes, my speech was impaired and my memory experienced retrograde and anterograde amnesia.

My brain had experienced a concussion, reeling to regain metabolic balance, a brain sprain that soon resulted in brain drain.

At this time, my brain immediately began assimilating and assisting in recovery upon receiving the force, my symptoms took time to develop, reaching a peak of impairment within an hour or two. After being taken to the Emergency Room, a computed tomography (CT) scan was ordered and results returned “normal” but clearly I was not acting normal.

Looking back, I realize now the doctor didn’t have much concussion education. Although the CT scan was probably appropriate because of the sustained duration of my symptoms, admission to the hospital for observation was probably not warranted when the CT results returned normal. Within a few days, my symptoms subsided and fortunately, it appears my brain has healed.

Today — now 25 years later — I remain symptom-free. But after treating thousands of concussion since then, I’ve decided that one concussion is enough for me. And, I want to do everything I can to help the sports, medical and scientific worlds give concussion injuries proper respect.