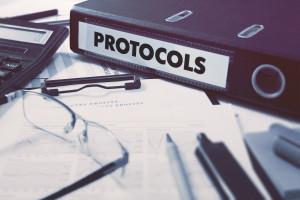 The latest in concussion science shows previously used — although considered “standards” for many years — concussion protocols are being outdated by the latest technology, such as the sport concussion management tool XLNTbrain.com. It’s like moving beyond the paper and pencil days for today’s advanced concussion care.

Considering XLNTbrain.com’s core services alone, most people who are responsible for the health of the student-athletes, and specifically over concussions on any team or league, may be surprised what is available: A single platform for required pre-season concussion education and baseline testing, mobile sideline assessments, recovery care guidance as many athletes as possible — costing less than a few school lunches a year.

Sadly today, many teams’ concussion protocols offer the bare minimum of a one-sheet liability sign-off form, and, if you’re lucky, some kind of SCAT (sport concussion assessment tool) form during the season. Then injured athletes are carted off and given eye-tracking related tests, or told to “shake it off” a few plays.

“A time comes in every industry when previously held standards get outpaced with new ideas and methods,” said Steve Lewis, CEO of XLNTbrain. “For years, the sports world have been using outdated research tools, and literally a paper and pencil on the sidelines administering critical neurological assessments. Today, ‘doing what we’ve always done’ mentality just isn’t cutting it.”

Obviously there is a huge disconnect between what’s being conducted on any given day  on the play grounds and what should be done. Nobody is to blame because the industry demand is now catching up to some of the latest findings in concussion scientific research.

For example, the XLNTbrain.com sport concussion tool offers additional nuances afforded through science and technology to demonstrate how far behind some of the current concussion practices have become:

Pre-season concussion baseline testing must account for gender and emotional measures which are linked to critical injuries and behaviors. XLNTbrain’s web-based neuro-cognitive test expands upon previously used 20 questions, and includes additional 15 to better assess an individual’s current condition. The results are used for comparison later, should the athlete be suspected of having a concussion injury.

A special note regarding emotional differences: Identifying symptoms related to anger, anxiety, anger, and depression early, are critical to avoiding troubling behaviors during the season.

Many previous concussion tests could be ‘gamed,’ ‘faked’ or in affect, cheated. But XLNTbrain uses randomized questioning, a balance test, and other surveillance measures that make this previously-held standard, a relic concept. We even asked 20 athletes to cheat the XLNTbrain procedures, and none of them could do it.

Additionally, the advent of helmet Impact sensors technology, such as GforceTracker, can incorporate data into XLNTbrain and the individual’s records. Data like number of hits measuring over 3 gforces, gives measurable information that cannot be avoided or faked.

While sport concussion protocols focus on returning the athlete to gameplay as the primary objective, XLNTbrain embeds an automated “Return-to-Learn” protocol. This tool parallels the concussion recovery protocol, monitoring daily symptoms for any adjustments to the academic schedule. Today, student-athletes are students first, and rushing them to the field or classroom can exacerbate the problems and delay the recovery timeframe.