“Relative rest” is key to concussion recovery, contrary to what many believe. 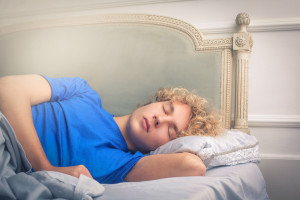 (PsychologyToday.com – December 22, 2016) — Unfortunate advice passed down over the decades has many people believing they already know about concussions, including whether or not rest after sustaining a traumaticbrain injury (TBI). For example, we used to hear recommendations to keep the injured patient awake for 24 hours, lest the brain fall into a deep sleep and never wake up.

Now, new research published Tuesday in the Journal of the American Medical Association says children recover faster from concussion when they are physically active within seven days of the injury.

So, what is it, do you rest or not after a concussion?

First, the answer is highly individual because it’s based on the health of the brain prior to the injury, as well as the force sustained.

Second, I recommend “relative rest” within a progressive-exertion recovery plan. Let me explain: During the first 24 hours, the brain needs as much rest as possible, including minimizing mental, and physical stimulation. The brain needs rest after an injury, much like virtually any other injury. During this period, watch for common symptoms such as headaches, nausea, memory loss among other symptoms, as they tend to materialize several minutes, hours or even days after the injury. During this recovery process, I recommend having a system of symptom monitoring so that provocation of symptoms can be identified and recovery can be tracked.

After 24 hours, if the injured is symptom-free, you may begin the “relative rest” progressive exertion recovery protocol. Relative rest refers to avoiding any mental or physical activity that provokes the athlete’s concussion-related symptoms. So, if the injured gets a headache during a short walk, then discontinue the walk.

Assuming the injury heals symptom free, each day you can add more mental and physical exertion, as long as the activities don’t provoke any concussion symptoms. Also, the progressive activity should also include rehabilitation efforts tailored specifically to the symptoms. For example, if there is disequilibrium, rehab focusing on vestibulo-ocular abilities is appropriate.

How long does it take to heal from a concussion?

While there is no standard recovery time from a concussion, guidelines from the American Academy of Neurology and endorsed by the NFL Players Association indicate that athletes are at the greatest risk of repeat injury in the first 10 days post-concussion. And research suggests that the more head injuries a person suffers, the more likely they are to suffer from post-concussion syndrome and Chronic Traumatic Encephalopathy (CTE).

Is it possible to die from a concussion?

Another grave concern is the condition known as Second Impact Syndrome, or sudden cerebral swelling that may occur when a second concussion occurs while the brain is recovering from a previous concussion injury. Most people don’t realize the 50 percent fatality rate among individuals who suffer this fortunately rare event. Of the survivors, 100 percent will have permanent neurological impairments.

Can the latest in helmet technology prevent concussions?

The helmet can prevent injury to the skull, but not the brain. The brain is a soft-tissue, like the yolk inside an egg, unattached and encased in fluid. A “whiplash” effect can result in concussion even while wearing a helmet and when no contact is sustained.

Should you seek medical attention after having a concussion?

Today, most athletic trainers can determine if a visit to the Emergency Room is appropriate. But in general, better to be safe than sorry. Expect to receive a CT scan to rule out hemorrhaging or skull damage. Afterwards, begin the “relative rest” progressive exertion recovery protocol outlined above, after the injured is symptom free.

What are the symptoms of a concussion?

A variety of signs accompany concussion including somatic symptoms (such as headache and vertigo), impaired cognition (such as difficulty with memory or concentration), emotional extremes (such as worry, mood or anger problems), and abnormal physical signs (such as loss of consciousness, numbness, weakness, and loss of balance). A detailed explanation of all the symptoms and recovery protocol is in my book Concussion-ology: Redefining Sports Concussion Management for All Levels, as well as outlined in “View Concussion as a Brain Sprain,” published on Psychology Today earlier this year.

For more information on the XLNTbrain Complete Concussion Management program, register for one of our free information sessions.