Fall brings football and pre-season. Know the facts and fiction on concussions. 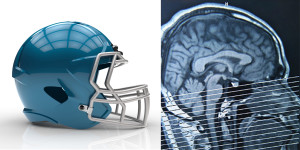 NATIONAL HARBOR, MD/ August 25, 2017 / PsychologyToday.com / — A deluge of concussion information pours into the media every day, which makes it hard to know who, or what to believe. Since concussions emerged onto the national scene, the general awareness level of concussions have gone up. However, the general understanding of concussions across all sectors of our society is still extremely low.
With Fall season comes football, and the annual concussion testing and education for all student-athletes and parents.

Yet, common myths persist. Ask the average American how long does it take to recover from a concussion, and the answer will be anything but “it varies.” While new research points to revelations about diagnosis, recovery and long-term behavioral effects of concussions, as well as trailblazing science about recovering from concussions and traumatic brain injury, it’s surprising to see how many people (even doctors) believe one or more of the following common myths.